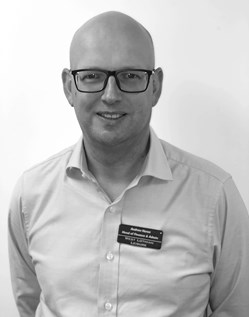 Andrew Heron was appointed as Head of Finance at West Lothian Leisure in January 2019. Andrew is a qualified chartered accountant and prior to joining WLL he had over 20 years’ experience in senior finance roles. Andrew trained as an auditor with Deloittes in Glasgow prior to spending a large part of his career in the Higher Education sector, latterly as Assistant Director of Finance at University of the West of Scotland. Prior to joining WLL he had his own company and took up a number of contract roles.

Andrew lives in Airdrie with his partner Gillian and in his spare time is a keen golfer and also occasionally watches his local football team (once the golf season is over).

Lane Swimming @ Xcite! 🏊 Zone in on your swim time with lane swimming. Improve your swim skills and concentration…twitter.com/i/web/status/1…Q

At Xcite, we have a variety of highly trained and skilled personal trainers who are here to help you achieve your f… twitter.com/i/web/status/1…

⭐️ Only a FEW DAYS left to take advantage of our January offer! ⭐️ Join Xcite and save HALF PRICE off your initial… twitter.com/i/web/status/1…

It is Burns Night and the Xcite Cafe's are celebrating! 🥳 Head to our cafes, located @ Xcite Bathgate, Livingston…twitter.com/i/web/status/1…A

FITSTEPS FAB - SPECIAL OFFER! ⭐️ During the whole of January there is a special offer running for Fitsteps FAB @ X… twitter.com/i/web/status/1…