Customer Update 25/10/21:
Please note, the steam room @ Xcite Armadale is currently closed. The sauna is still available and can be booked online or at site.
Beyond Level 0 is here: Click here for more info on all things Xcite including soft play, sauna & steam rooms, gym screens, fitness classes and much more.
Close
Skip to main content 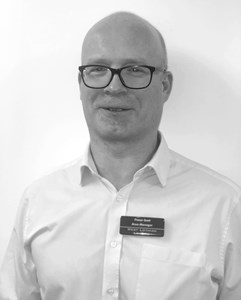 Fraser has worked for 20 years in the Fitness/Leisure Industry at both Local Authority/Trust level and also for Commercial Companies. He started out as a Gym Instructor, before moving to Midlothian and Fife Councils, where he held various Operational and Duty Management posts. Having obtained a Personal Training Diploma, Fraser set up as a Personal Trainer for 3 years, working out of various facilities in Edinburgh and Glasgow. Following 3 years as a P/T,  he moved to Aberdeen for a short period to manage a hotel gym before moving to become a Duty Manager at West Lothian Leisure in 2003.

Fraser became a Facility Manager at Broxburn Centre in 2006, before moving to manage Craigswood and East Calder sites in 2011. Currently, he is an Area Manager covering Craigswood, both Broxburn Sites, Howden Park and James Young High School.

Away from work, he enjoys most sports, tries to train in the gym when possible - but spends the majority of his time ferrying his kids to and from football training and games!

Xcite Online has just got BIGGER & BETTER with lots of Les Mills OD content updated and even some NEW disciplines a… twitter.com/i/web/status/1…

Join us this Oct & take advantage of the NEW Xcite Active+ Membership!🤩 PLUS pay £0 Joining Fee!* Our Xcite Ac…twitter.com/i/web/status/1…z

Join us this October and take advantage of the brand NEW Xcite Memberships!🥳 PLUS pay £0 Joining Fee! * Even…twitter.com/i/web/status/1…u

Tea dances taking place this November @ Whitburn Bowling Club 👉 Join us on the dance floor and enjoy a full entert…twitter.com/i/web/status/1…B

Late home from work and missed your fitness class? 🤔 We have just the thing for you! 😁 With Xcite Online, you ctwitter.com/i/web/status/1…Xf

We value our members and their opinions. 💙 Check out what our member William @ Bathgate, said upon visiting us:…twitter.com/i/web/status/1…G

❗WE ARE HIRING❗ Want to join the Xcite Team? Check out our various job vacancies on our website! Apply online n… twitter.com/i/web/status/1…